Everybody knows all the big names in music, from Drake to Snoop Dogg, and everyone else in between. We also know that they are making millions of dollars (or at least assume that they are making millions of dollars) off of their music. But does anyone stop to learn the names of their producers, the people in the back room coming up with all of our favorite beats to our favorite songs?
For a second, let’s just think about what exactly makes us want even to listen to a song. Just imagine you put on a CD, and you hear some annoying high pitch bells and a lame bass line. Your finger can’t help itself; it hits skip on the stereo before you can even process what has happened. Next song comes on, now you hear a nice piano melody, next some chimes, and finally the beat starts to come together as the bass kicks in and now you’re listening to the hook of the song. Why didn’t you skip it? I’ll tell you. Because the beat kept, you listening. You see, the first thing we hear (usually) is the beat, and right away we decide if we want to give the song a chance or not. This is one of the many reasons why it is so important for a music artist to invest in some quality hip hop beats. I’m not saying the lyrics aren’t important, what I am saying is that the beat or the producer for that matter shouldn’t be taken for granted.

Why should artists pay?

OK we get it, hip hop beats are important, but why should artists pay for them when they could find free beats almost everywhere online? Well to start it off, hip hop beats for sale aren’t very expensive. You could find hip hop beats for sale at very reasonable prices. Most producers online set their prices so that your average underground artist could afford them. On average you’ll only be paying around $20 – $30 for a basic lease and maybe anywhere from $100 – $500 for exclusive rights. If you look at these big artists, they are making thousands if not millions of dollars off their music, when the producer is making pennies. So if you’re going to be making more than $20, it’s only right that you at least pay the producer for his hard work right? Well, most people don’t think that way, they still continue to blow up producers inboxes with messages like “hook it up with some free beats”, or “let’s collab” which is just a nicer way to say I don’t want to pay you for your hip hop beats. Another thing a lot of unsigned artists like to do is take beats from YouTube or other social media platforms without the producer’s consent. This isn’t only hard on the producer, but it could also be hard on you if you make a lot of money with the song. Let’s just say you took a beat from YouTube and decided to record it. Now your song is getting a lot more plays than you thought it would, and record labels are hitting you up left and right. You get signed, and your label wants to promote your song. Now you’re in the money right? Well, you would have been if you owned the rights to the beat that you recorded on, but you didn’t pay for it, meaning that your song and all the money you have made off of it belongs to the producer who’s beat you took in the first place. Now all he has to do is prove that he made the beat, and show that you don’t have any legal rights to use it. 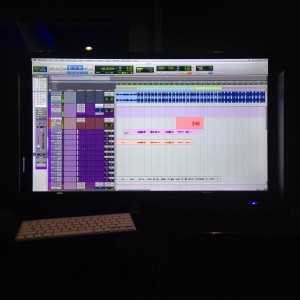 Have you ever heard Lil Jon‘s hit song “Turn Down For What”? I’m sure you have to be that the song became the seventh best-selling song of 2014 in the US with 3,449,000 copies sold for the year. Well if you have heard the song then you should know that there isn’t a whole lot of lyrics on it. It’s a catchy beat with the phrase “turn down for what” sprinkled through it. This is the perfect example of how powerful a beat could be. “I only listen to the song because of the beat” how many times have you heard your friends say this? How many times have you said it? Beats are extremely important to hip hop music, well to music in general.